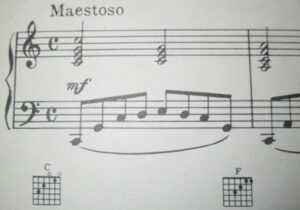 Music can help with coping:

I developed a list of old and new songs from many different kinds of music. Some of these songs and their lyrics could be helpful inspirational music for coping or healing during recovery.

First, try to find all of these songs from the Inspirational Music List on www.YouTube.com and chose the versions that have lyrics on the screen so you can follow the words. The songs are appropriate for adults, but there is another list available for teens at Inspirational Music for Teens. Avoid any that have upsetting images (if you watch the music videos). Play the ones you like as often as you want to, as one of your ways of coping.

What other songs have been inspirational, healing, or comforting to you?

Are there some other songs that you think should be added to this list?

The songs above were recommended by Mary Knutson RN, Joyce Clark RN, and the following websites or blogs:

There are many links on this site. Most are identified to facilitate your download.
[.pptx]=MS PowerPoint format
[.docx]=MS Word format
[.pdf]=PDF format
[Web]=Link to External Website

Note: Please contact me if you see any copyrighted images and I will promptly remove them.


If the donate button (below) doesn't work for you, please e-mail me.